The Post Created(Updated) On 10/9/2020，Please note the timeliness of the article! 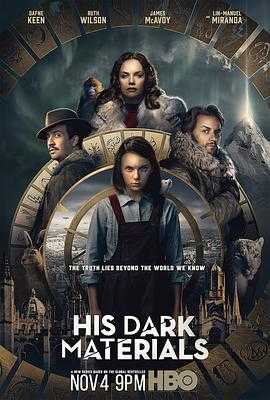 The story takes place in a world very similar to our own Earth, where people’s souls become spirit gods to follow them. Leila (Dakota Blue Richards) is a warm, brave and righteous woman who has lived with her uncle, the president of the University of Jordan, since she was a child. One day Mrs. Colter (nicole kidman) is going north and wants Leila to accompany her. Curious, Leila happily agrees. Before she leaves, her uncle gives her a golden compass and tells her that there is only one person in the world who can read it. From the golden compass, Lila not only gets answers to the questions she asks, but also learns the mystery of her own origins. Along the way, Mrs. Colter behaves strangely, and Lila also discovers the name of her missing friend, Roger, written boldly on one of Mrs. Turt’s lists! Roger, like the other children, is lured to the Far North to become a science experiment. Lila finds the time to escape and sets out on her own to rescue Roger. ……

Unless otherwise noted, all work on this blog is licensed under a Attribution-NonCommercial-NoDerivatives 4.0 International (CC BY-NC-ND 4.0) License. Reprinted with permission from -